I Need Help With… 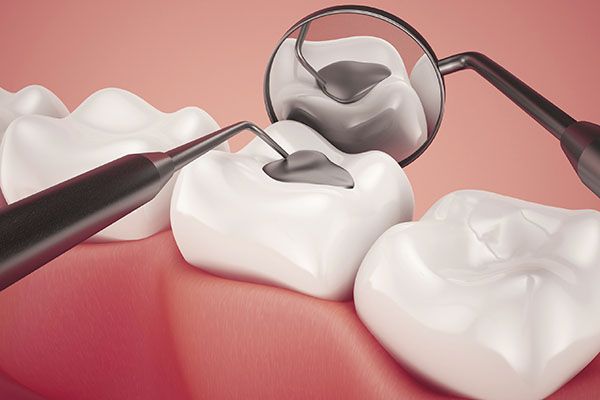 In the past, it was common practice to use mercury or metal fillings to fix dental cavities.

We now have more dental materials to choose from.

And since metal fillings don’t completely bond with the tooth, they have the potential to add or hide even more dental decay.

Due to the size of the fillings there is also a potential for the teeth to develop cracks.

At Golden Square Dental, we can replace your amalgam-treated tooth with materials that look natural on your teeth.

What are Metal Fillings?

Metal fillings, also called amalgam silver fillings are the most common type of dental filling. They are the least expensive type of fillings and are very durable. The treatment is a bit controversial though as it is mainly made of the highly toxic element mercury.

Mercury also darkens as it ages, leaving you with dark areas on your teeth where it is applied.

Beyond its aesthetic drawbacks, silver fillings are said to pose other health risks as the fillings are also composed of other metals such as silver, copper and tin.

Having all those metals in your mouth can’t be healthy right?

Actually, the less you have them, the better.

Why You Need to Replace Your Metal Fillings

Here are some others reasons you may need to replace your metal fillings.

The procedure of amalgam filling involves removing a large portion of the affected tooth to make sufficient space for holding the silver filling. As a result the tooth becomes weaker and more prone to cracks and fractures.

As fillings get old, they may need to be replaced as they become loose over time. When this happens, the bacteria can easily access the tooth and initiate a new formation of decay. If you have old amalgam fillings, your dentist can evaluate them. If they need to be replaced, then it’s a perfect time to swap them for white fillings.

Because amalgam fillings are not bonded to tooth structure, saliva, bacteria and debris can get inside the gaps of the filling and enter your tooth, causing more tooth decay

Metal filling is not ideal for patients who want to go for aesthetic results. Metal fillings are designed for function, not beauty. If you are looking for a more natural-looking alternative to unsightly metal fillings then white fillings are the best option for you.

Your dentist may not need to replace your metal filling if is free from any issues or defects. Like any other restorations, there are things that must be considered when it comes to replacing your silver filling replacement. Then again, if decay, chipping, cracking, ditching, or poor margins start to develop on teeth treated with silver fillings, then those are good reasons to consider a replacement.

In addition, if you have cosmetic or health concerns with silver fillings, our dentists at Golden Square Dental are here to help you provide the restoration you feel most comfortable with.

At Golden Square Dental, we provide natural-looking and long-lasting composite fillings to protect your teeth and restore your smile for years to come. If you are not comfortable with metal fillings, we will be pleased to replace them with a better, more attractive restoration.